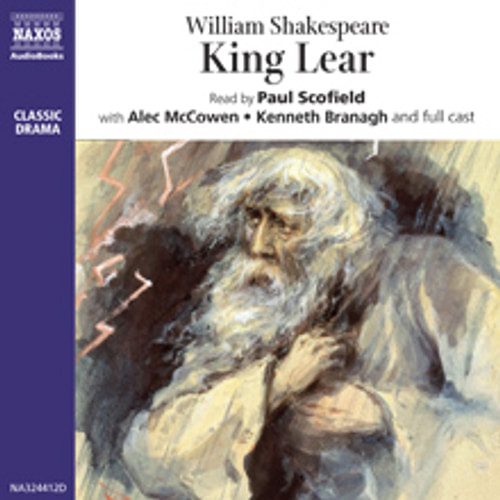 The tragedy of King Lear receives an outstanding performance in an all-star cast led by Britain’s senior classical actor, Paul Scofield. He is joined by Alec McCowen as Gloucester, Kenneth Branagh as The Fool, Harriet Walter as Gonerill, Sara Kestelman as Regan and Emilia Fox as Cordelia.

This is the ninth recording of Shakespeare plays undertaken by Naxos AudioBooks in conjunction with Cambridge University Press, and is directed by John Tydeman. It was released to mark the eightieth birthday of Paul Scofield in January 2002. 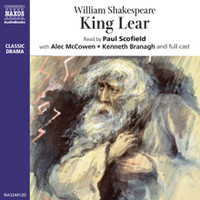