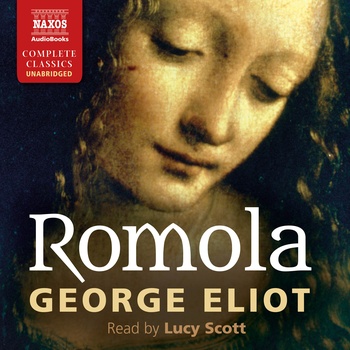 Set in the turbulent years following the death of Lorenzo de’ Medici, George Eliot’s fourth novel, Romola, moves the stage from the English countryside of the 19th century to an Italy four centuries before her time. It tells the tale of a young Florentine woman, Romola de’ Bardi, and her coming of age through her troubled marriage to the suave and self-absorbed Greek, Tito.

Slowly Tito’s true character begins to unfurl and his lies and treachery push Romola towards a more spiritual path, where she transcends into a majestic, Madonna-like role, while Tito descends further into corruption and villainy...Impeccably researched, the novel features a cast of historical characters including Girolamo Savonarola, Piero di Cosimo and Niccolo? Machiavelli, and draws parallels between the Republic of Rome of Eliot’s day and the Republic of Florence ruled by Savonarola, most famous for its Bonfire of the Vanities, depicted here in vivid detail. 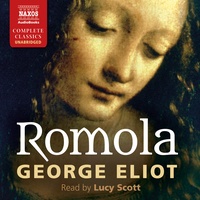