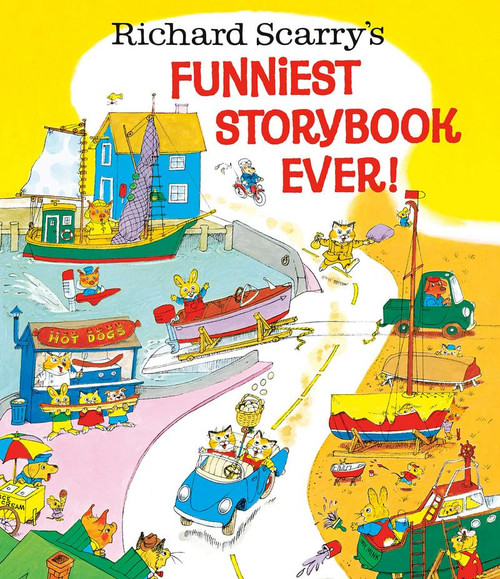 Get ready to laugh, laugh, laugh, in Richard Scarry's Funniest Storybook Ever! Richard Scarry's classic collection of his funniest stories is back in print! All your favorite Busytown characters are back and getting up to countless silly situations. Whether it's an out-of-control mix-up with Ma Pig's new car, babysitters making accidental exploding fudge, sneaky mice pirates taking over Uncle Willie's ship, or even a talking loaf of bread that baffles Humperdink the Baker and Lowly Worm, young readers will be rolling on the floor with laughter thanks to the hysterical hijinks found in this Funniest Storybook Ever! Note: Includes some stories that also appear in Richard Scarry's Favorite Storybook Ever. 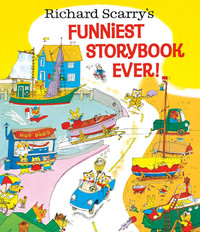