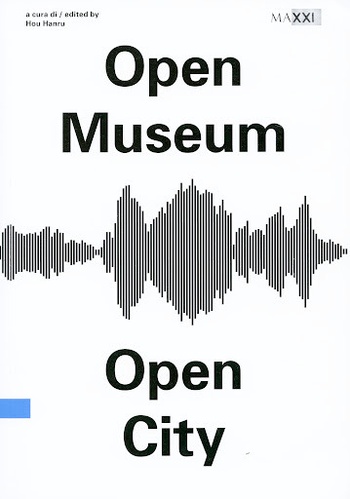 Produced for the exhibition “Open Museum Open City”, curated by Hou Hanru and the curatorial staff of MAXXI Arte, this publication accompanies a project that—as the title suggests—reinvents and transforms the physical and psychological spaces of the MAXXI museum into urban or intimate, spiritual or political environments, redefining its meaning as a public institution. “The project of ‘Open Museum Open City’,” as Hou Hanru tells us, “focuses on exploring the question of how to develop a public institution that continues to make sense in a time of general privatization of public resources and the collapse of the social welfare system.

Reinventing the notion and function of publicness by creating new social spaces—public spheres—is the central task”. The book includes a series of essays narrating the genesis and goals of the project, and exhaustive documentation of its program of performances, film screenings, and public speeches, which saw the involvement of artists, architects, intellectuals, politicians and the general public. 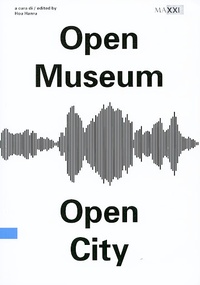