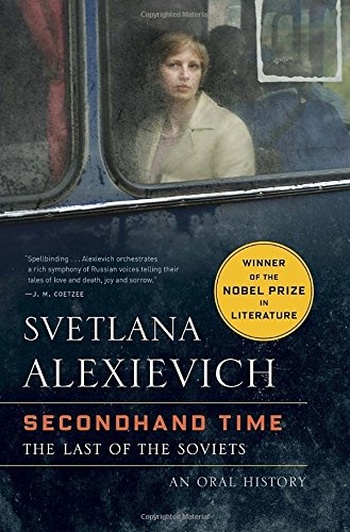 Secondhand Time. The Last of the Soviets

From the 2015 winner of the Nobel Prize in Literature, Svetlana Alexievich, comes the first English translation of her latest work, an oral history of the disintegration of the Soviet Union and the emergence of a new Russia. Bringing together dozens of voices in her distinctive documentary style, "Secondhand Time" is a monument to the collapse of the USSR, charting the decline of Soviet culture and speculating on what will rise from the ashes of Communism.

As in all her books, Alexievich gives voice to women and men whose stories are lost in the official narratives of nation-states, creating a powerful alternative history from the personal and private stories of individuals. 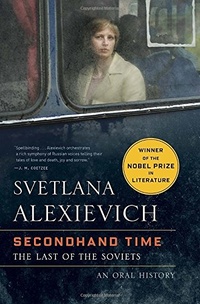