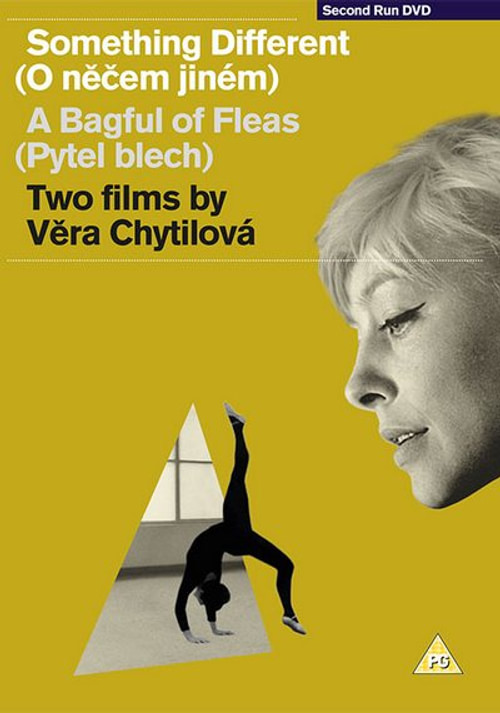 For Vera Chytilová, documentary and fiction were two equally adventurous processes. Something Different follows two women – one strand as a documentary of a gymnast in gruelling training (real life Olympic gold-medallist Eva Bosáková), whilst the second is the fiction of a discontented housewife (Věra Uzelacová).

In A Bagful of Fleas, young factory girls defying imposed rules are played by non-professionals and the film shot in a free-wheeling cinéma vérité style. These two terrific early works introduce themes evident across Chytilová’s career: a female viewpoint in a world dominated by men, the expectations and strictures of female gender roles, and a strong critique of her society. Combining formalism with anarchy and spiked with rebellious humour, her films broke strictures of genre and ideology to chart a new path for Czechoslovak cinema. Available for the first time, the DVD presents these films from superb new high-definition digital transfers of the brand new restorations of the films by the Czech National Film Archive, and II Cinema Ritrovato, Bologna and also includes a booklet featuring a new essay on Chytilová and these films by Czech cinema expert Peter Hames. 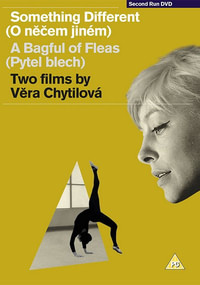