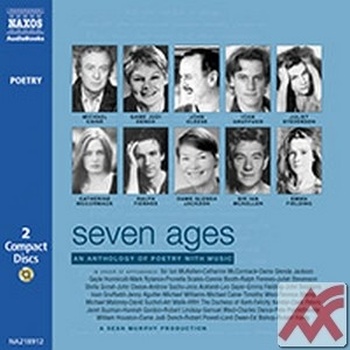 Seven Ages - 2 CD (audiokniha) An Anthology of Poetry With Music

‘One of the best anthologies of the year… An arresting, deeply moving collection of the best of British poetry read by a star-studded cast.’ The Independent This exceptional anthology, based on Lord Owen’s published anthology Seven Ages – Poetry for a Lifetime, features many of Britain’s leading actors who have all given their services for charity. Shakespeare’s ‘seven ages’ speech (read by Sir Ian McKellen) punctuates the programme which contains over four hundred poems read by forty actors.