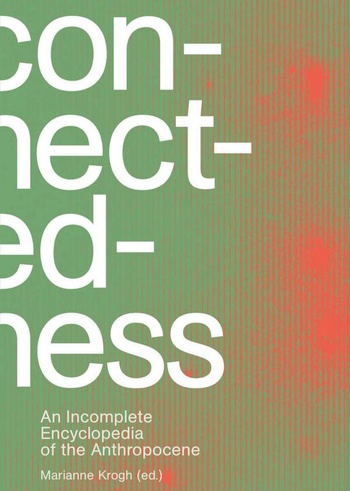 Connectedness an incomplete encyclopedia of anthropocene

Surveying humanity's impact on the planet, with contributions from Donna Haraway, Bill McKibben, Greta Thunberg, Bruno Latour, Alice Waters and others. This timely book, in the form of an encyclopedia, considers the totality of issues surrounding the Anthropocene, that geologic era characterized by humanity's vast impact on the Earth.

Connectedness acknowledges the incomplete nature of its project seeing as how this riotous era is not yet finished. With contributions by Greta Thunberg, Bill McKibben, Alice Waters, Tomás Saraceno, Björk and many others, this publication consists of approximately 100 entries, arranged alphabetically, each reflecting on questions, phenomena, terms, possibilities and theories associated with the Anthropocene. Examples of entries include Air, Borders and Coexistence, as well as more complex subjects such as Donna Haraway on the Chthulucene or Anders Blok on Climate Risk Communities. The content ranges from scientific to cultural-theoretical and artistic contributions featuring a wide span of scholars, philosophers, anthropologists, scientists, authors, artists and others. The book accompanies the exhibition at the Danish Pavilion at the 2020 Venice Architectural Biennale. 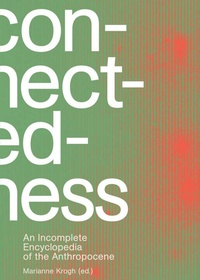