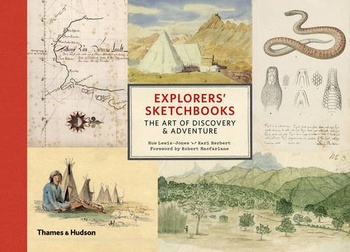 Despite dramatic advances in technology and equipment over the centuries, there is one vital piece of kit in most explorers' pockets that hasn't changed much at all - the journal. The sketchbooks and journals presented here allow us the opportunity to share, through their own eyes and thoughts, the on-the-spot reactions of around 70 intrepid individuals as they journeyed into frozen wastes, high mountains, barren deserts and rich rainforests.