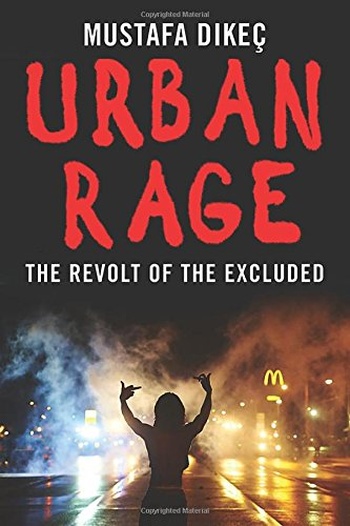 Urban Rage The Revolt of the Excluded

A timely and incisive examination of contemporary urban unrest that explains why riots will continue until citizens are equally treated and politically included In the past few decades, urban riots have erupted in democracies across the world. While high profile politicians often react by condemning protestors' actions and passing crackdown measures, urban studies professor Mustafa Dikec shows how these revolts are in fact rooted in exclusions and genuine grievances which our democracies are failing to address.

In this eye-opening study, he argues that global revolts may be sparked by a particular police or government action but nonetheless are expressions of much longer and deep seated rage accumulated through hardship and injustices that have become routine. Increasingly recognized as an expert on urban unrest, Dikec examines urban revolts in the United States, United Kingdom, France, Sweden, Greece, and Turkey and, in a sweeping and engaging account, makes it clear that change is only possible if we address the failures of democratic systems and rethink the established practices of policing and political decision-making.