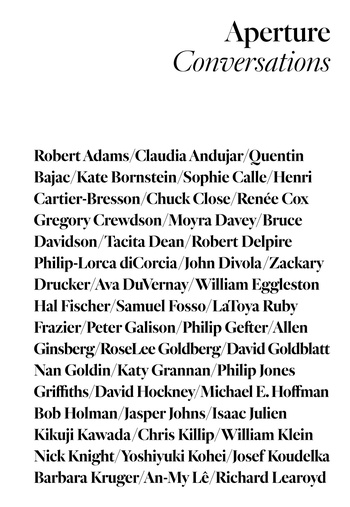 Aperture Conversations 1985 to the Present

Why did Henri Cartier-Bresson nearly have a posthumous exhibition while still alive? What led Stephen Shore to work with color?

Why was Sophie Calle accused of stealing Vermeer's The Concert? And what is Susan Meiselas's take on Instagram and the future of online storytelling? Aperture Conversations presents a selection of interviews highlighting critical dialogue between photographers, esteemed critics, curators, editors, and artists from 1985 to the present day. Emerging talent along with well-established photographers discuss their work openly and examine the future of the medium. Drawn primarily from Aperture magazine with selections from Aperture's booklist and online platform, Aperture Conversations celebrates the artist's voice, collaborations, and the photography community at large. 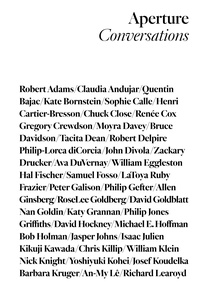