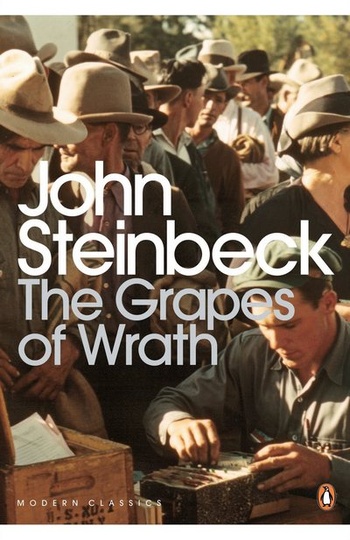 The Grapes of Wrath

'I've done my damndest to rip a reader's nerves to rags, I don't want him satisfied.' Shocking and controversial when it was first published, The Grapes of Wrath is Steinbeck's Pultizer Prize-winning epic of the Joad family, forced to travel west from Dust Bowl era Oklahoma in search of the promised land of California. Their story is one of false hopes, thwarted desires and powerlessness, yet out of their struggle Steinbeck created a drama that is both intensely human and majestic in its scale and moral vision. 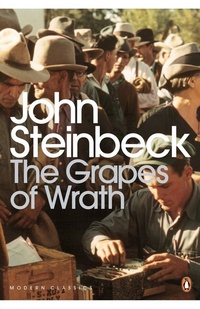